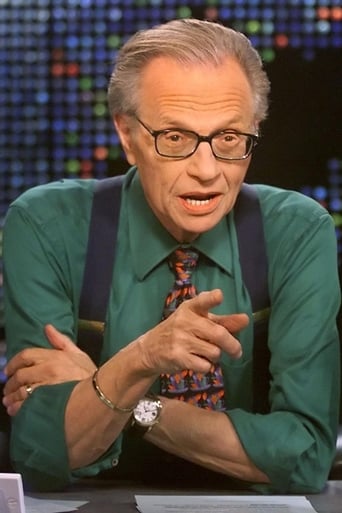 From Wikipedia, the free encyclopedia Lawrence Harvey "Larry" King (born November 19, 1933) is an American television and radio host. He is recognized in the United States as one of the premier broadcast interviewers. He has won an Emmy Award, two Peabody Awards, and ten Cable ACE Awards. King began as a local Florida journalist and radio interviewer in the 1950s and 1960s. He became prominent as an all-night national radio broadcaster starting in 1978, and then, in 1985, began hosting the nightly interview TV program Larry King Live on CNN. On June 29, 2010, it was announced that he would step down as host of the show but would continue to host specials for CNN. In early September, CNN confirmed that he would be replaced by Piers Morgan. King's last show aired on December 16, 2010. Description above from the Wikipedia article Larry King, licensed under CC-BY-SA, full list of contributors on Wikipedia.