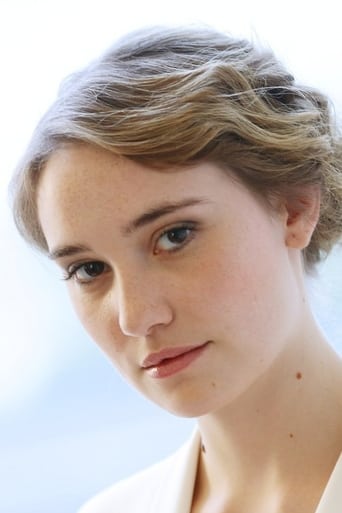 ​From Wikipedia, the free encyclopedia.   Déborah François (born on 24 May 1987) is a Belgian actress. She starred in the Palme d'Or winning film L'Enfant (2005) playing the lead role of Sonya. She has also had starring roles in La Tourneuse de pages - The Page Turner (2006), Les Femmes de l'Ombre (2008), The First Day of the Rest of Your Life (2008), Unmade Beds (2009), My Queen Karo (2009) and Mes Cheres Etudes (2010). François won a César Award for her role as Fleur in The First Day of the Rest of Your Life. She lives in Paris, France, although she grew up in Liège, Belgium, attending the same high school as fellow actor Marie Gillain. Description above from the Wikipedia article Déborah François, licensed under CC-BY-SA, full list of contributors on Wikipedia.