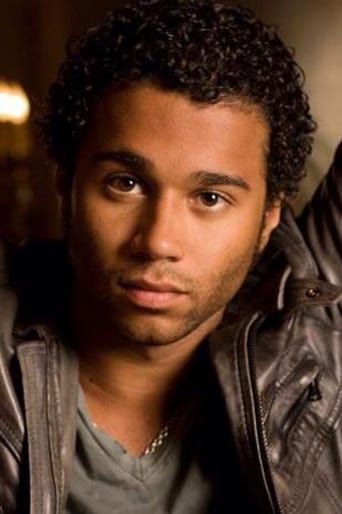 From Wikipedia, the free encyclopedia Corbin Bleu Reivers (born February 21, 1989), known professionally as Corbin Bleu, is an American actor, model, dancer, producer and singer-songwriter. He is perhaps best known for his roles in the High School Musical film series, the Discovery Kids television series Flight 29 Down a drama series, and the Disney Channel Original Movie Jump In!. he finally landed the lead role in the film, Catch That Kid. And guest-starring roles on Hannah Montana, The Amanda Show, Cover Me: Based on the True Life of an FBI Family, Malcolm & Eddie and The Good Wife, He has also appeared on the show Ned's Declassified School Survival Guide, and has signed on for a role in 2008’s Free Style. In 2009, he was cast as up-and-coming model Isaac Taylor in The CW's new drama The Beautiful Life: TBL. He also pursued a solo career and released his debut album Another Side on May 1, 2007, which included the carrier single, Push It to the Limit. The album debuted at number thirty-six on the U.S. Billboard 200, selling 18,000 copies in its first week. Bleu released his second album, Speed of Light, on March 10, 2009 in the U.S. Bleu has signed on for a three-week extension as Usnavi in the Broadway company of In the Heights. , Bleu is said to be close to signing a deal to host The X Factor USA. Description above from the Wikipedia article Corbin Bleu, licensed under CC-BY-SA, full list of contributors on Wikipedia.