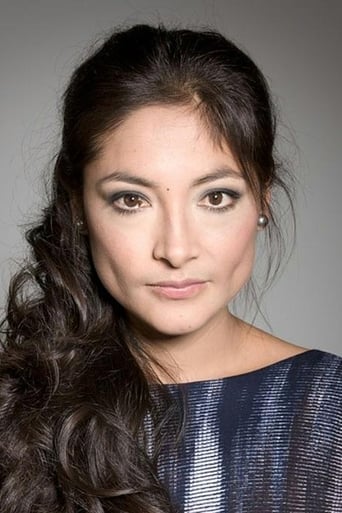 ​From Wikipedia, the free encyclopedia.   Magaly Solier Romero (born 11 June 1986) is a Peruvian actress and singer. She became known among international audiences for starring in the Peruvian-Spanish film Madeinusa and gained even wider recognition after the release of the film The Milk of Sorrow which won the 2009 Golden Bear at the Berlin International Film Festival and was nominated for an Oscar in the 2010 Academy Awards. She was born in the province of Huanta in 1986, in the region of Ayacucho, a region that suffered from the systematic violence of terrorism during the late 80s and early 90s. She was discovered by film director Claudia Llosa before finishing high school. Her debut as an actress was starring in Madeinusa which was filmed in 2005 and became a success in 2006. She won her first awards for Best Actress at the Festival de Cine de Cartagena de Indias, Colombia, and Festivalissimo - Festival Ibero-Latinoamericain of Montreal - Canada. In 2007 she participated in the Peruvian film Gods directed by Josué Mendez. She then starred in the Peruvian-Spanish film The Milk of Sorrow, also by Claudia Llosa, released in 2009 which she won the award for best actress in film festivals of Lima (Peru), Gramado (Brasil), Guadalajara (Mexico) and Festival Du Nouveau Cinema-Montreal (Canada). For its part, the film was awarded Best Film at the Film Festivals of Lima, Gramado, Guadalajara, Montreal, Havana, Bogota and won the top prize, the Golden Bear, at the prestigious Berlin Film Festival of 2009. The film was also nominated for a 2010 Ariel Award (Mexico) in the category of Best Latin American Film. In January 2010, The Milk of Sorrow was nominated for an Oscar in the category Best Foreign Language Film (the first Peruvian-Spanish film nominated for this award) and for the Goya Award (Spain) in the Best Picture category Hispanic. 2008 saw her first foray into European cinema (and third leading role) with the Belgian-German-Dutch film Altiplano, directed by the Belgian/American couple Peter Brosens and Jessica Woodworth in which she shares the screen with Belgian actor Olivier Gourmet. The film was shot in Walloon Brabant (Belgium) and Arequipa (Peru). It won the Grand Prix at the Cannes Film Festival 2009 (Semaine de la Critique) and the "Special Environmental Awareness" award at the Bangkok Film Festival. In March 2009 she released her first album as a singer, entitled Warmi with songs in Quechua composed by herself. It was the biggest selling album of the year in Peru and was awarded Best Peruvian Music Record by Peru's most influential newspaper, El Comercio, in 2009. Many of the songs she performs do not correspond to traditional Peruvian folk genres like Huayno or others, but are unique creations in Quechua, which could be categorized as New Andean Folk. Her second foray into European cinema (and fourth leading role) was in the 2009 Spanish film Amador, with one of the most recognized and award-winning Spanish film directors, Fernando León de Aranoa (director of film like Barrio, Mondays in the Sun, Princesas). In April 2010, she went to La Paz, Bolivia, to work with Mateo Gil (3 Goya Awards, including 2 for Best Original Screenplay for Agora and The Sea Inside) on her sixth film, Blackthorn, where she has a supporting role alongside three world renowned actors: American Sam Shepard, Spaniard Eduardo Noriega and Brit Stephen Rea. In May 2010, Magaly Solier starred in a commercial for Nescafé. On October 8, 2010 Amador was released in Spain. Its her fourth role, becoming the first Peruvian actress to obtain leading roles in European productions. Amador, by Fernando Leon de Aranoa, had his world premiere at the last Berlinale 2011, in the Panorama section, being acclaimed by audiences and critics in this important film festival. Since the beginning of the section, the expectation of Amador has been rising. Rave reviews appeared in Screen International, which during the festival publishes a daily edition of reference for the industry, has contributed much to it. Particular detail: All the posters of all her films as lead actress take her face as the main image. In 2011 she was to release her second album as composer and performer. Description above from the Wikipedia article Magaly Solier, licensed under CC-BY-SA, full list of contributors on Wikipedia.