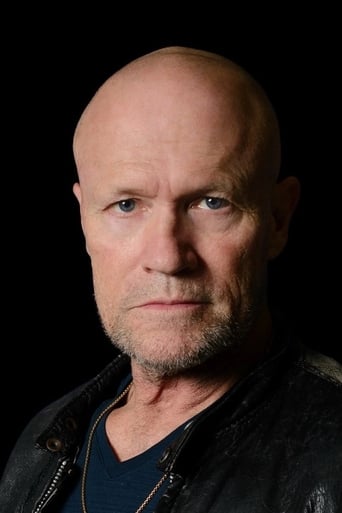 ​From Wikipedia, the free encyclopedia.   Michael Rooker (born April 6, 1955) is an American actor. Rooker, who has eight brothers and sisters, was born in Jasper, Alabama and studied at the Goodman School of Drama in Chicago, where he moved to be with his mother and siblings at the age of 13, after his parents divorced. Description above from the Wikipedia article Michael Rooker, licensed under CC-BY-SA, full list of contributors on Wikipedia.